Its almost 9 months that Xiaomi has launched the Redmi Note 5 Pro.So Its time to launched a new and upgraded version of this series.So Xiaomi Comes with a fully featured mobile with notch display the Redmi Note 6 Pro. 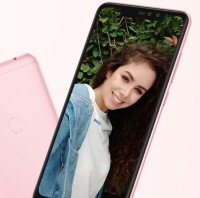 AI Scene Detection
By recognizing scenes over several categories on, both, rear and front camera, this feature will enhance the quality of your pictures, making them look more vibrant and real regardless of whether it’s day or night.

AI Portrait 2.0
It adds AI Light Trails and AI Studio Lighting effects to your portrait pictures, distinguishing between the subject and the background, making your photos stand out. 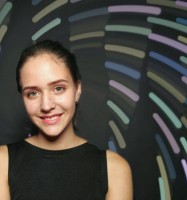 4000 mAh Battery
Featuring a 4000 mAh battery, this phone won’t call it a day even if you do. It not only charges fast but also gives you up to two days of battery life, so you can have uninterrupted fun even when you’re on the move.

19:9 FHD+ Full Screen Display
With its aesthetically pleasing design and a wide view display, this phone will display vibrant and clearer visuals on its wide screen.

Xiaomi on Friday released a the list of its Redmi and Mi phones,that are set to receive a MIUI update.The update will be based on Android Q Beta.The following mobiles will get the Xiaomi MIUI update.

The budget phones Redmi Not 7 and Redmi Note 7 Pro also get the new update.But the Android Q based MIUI update will be available for this phones are set to get in the first quarter of 2020.

According the officials news the development starts after Google revealed the addition of the Mi 9 and Mi Mix 3 5G to its Android Q Beta program.

The updates is currently for China.But it is also announced that the update will available globally for the compatible devices.Xiaomi also states that it will extend the list of its list.In other words other Xiaomi mobiles will get the MIUI updates.

At the I/O 2019 Google keynote, it was revealed the expansion of its Android Q Beta program and specified that among other models, the Xiaomi Mi Mix 3 5G and Mi 9 are eligible for the latest Android Q Beta build.

Most importantly Xiaomi also advised its users,who will get the update must back up there data before updating to new version.The test build developed for comptible device may face known issues.So it is better to back up your data.

Xiaomi has starts working on developing on the new version.For stability and improvement may be they will announce more updates.It aslo look like Xioami have add most of the recent mobile to its update program.Which is very impressive.So all use above listed mobiles like Mi 9, Redmi K20 Pro, Mi 8, Mi 8 Explorer Edition, and Mi Mix 2S and oters will get the Android Q beta very soon.

So what you think about it.Let us know by commenting below.Share it with friends to know what they think about the new update.For more update like this bookmark us,keep visiting our website.Follow us on facebook to get all the updates.

Redmi Note% Pro was launched in February,2018.It is one of the mid range mobile my Xiaomi.The phones comes with a 5.99 inch touchscreen display with a resolution of 1080 pixels.