Connect with us
Microsoft Secure Boot is a security enhanced feature that comes with Windows 8 and 10. 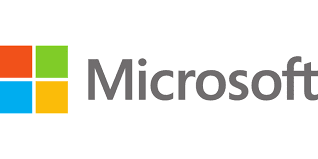 So How It’s Works?


Well,In the previous versions of windows,Microsoft never introduce anything like Secure Boot.It is a very good way to prevent malicious programs and unauthorized operating system to affect your computer.


How Microsoft Give permissions to load other OS in Boot Time?


Well,Microsoft provide license for this.If any company or OS company want to run there OS with the Windows they have to purchase a licence.

For example You can Run Ubuntu or Linux Mint very easily.Because they have license But Kali Linux or any other security testing tool can not run on windows 10.

Related Topics:
Up Next

How to open task manager in Windows 10

UEFI stands for Unified Extensible Firmware Interface.It is a replacement of Basic Input Output system (BIOS).In the modern computer this specification is for a software program that connects a computer’s firmware to its operating system.In modern PC’s UEFI replace the BIOS.Like the BIOS,the UEFI is installed at the time of manufacturing and this is the first program that runs when we turn on the computer.

Both BIOS and UEFI are low lebel software that starts when you boot your PC and its run before booting of operating system.But UEFI is a  more modern approach because its offers faster booting,more security features and supports large hard drives.

Intel has announced plans to completely replace BIOS with UEFI on their all chipsets.

You can see newer PC that ship with UEFI still refer to it as BIOS to avoid confusing the traditional PC users.But the modern PC all offers UEFI instead of BIOS.